Oh, the weather outside is frightful, but the heater defrosting my windshield is so delightful. I’m humming a tune while I trailer the motorcycle toward the Cascades for some winter riding. Yes, you read that right. I’m going motorcycling in January, in the mountains, in the snow. If you know motos, you know this idea is as stupid as it sounds, but today I came prepared with a secret weapon. 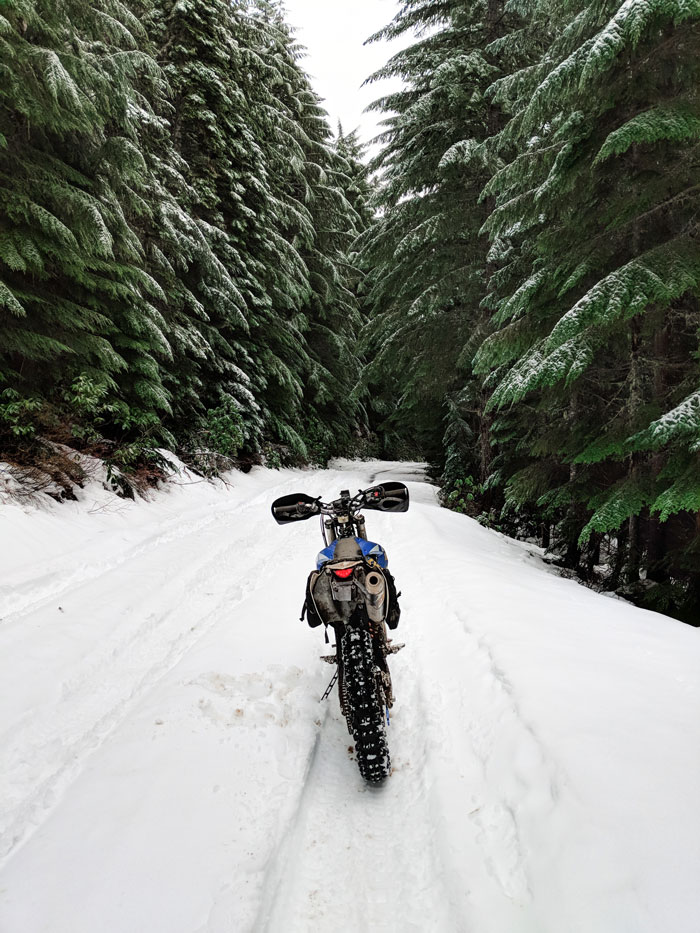 So how the heck am I planning on overcoming the perils of riding on snow and ice? 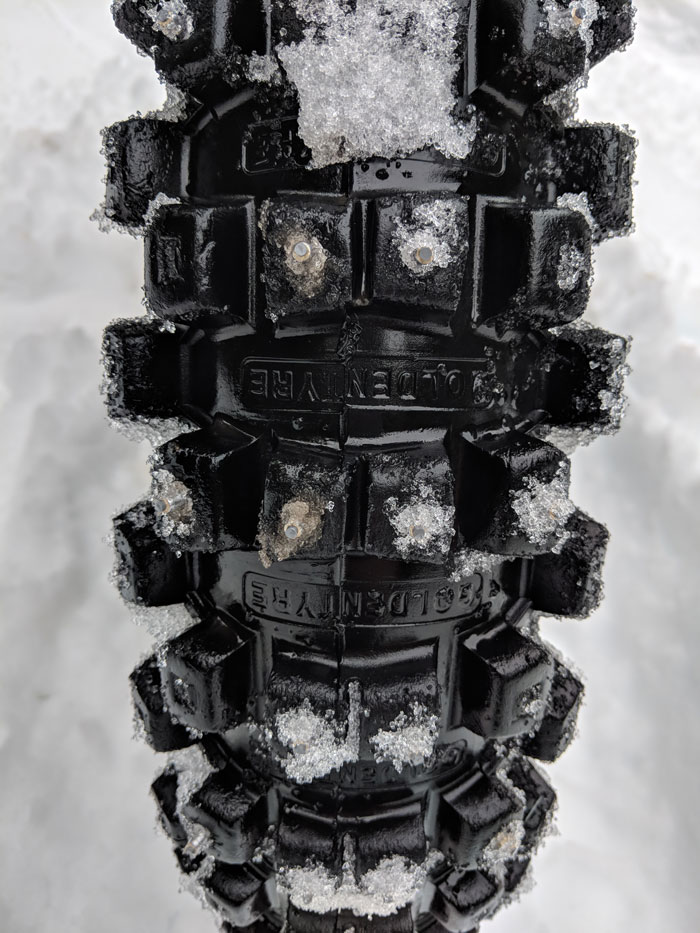 Grip Studs™ to be exact. These nifty little screws put a carbide tipped biting edge on each knob. Think of it like giving your tires some crampons and an ice axe. Installation is pretty easy and through the magic of editing can be done in a matter of seconds:

I pull into an empty staging area ready to deploy my secret weapon. Only problem is, there’s no snow on the ground. It’s snowing but not sticking yet. The trails are a mix of puddles, mud, and downed trees. OK, new plan. I’ll take a short, easy ride as I’m not sure how these studs will perform in the dirt and mud. I saddle up and set off. I take the first puddle with extra care. The bike is steady. Then I see my nemesis up ahead: muddy, muck-filled ruts. I hit them expecting slip and slide but the bike goes straight through. Wow. I stop to wipe the mud off my goggles and I can’t wipe the smile off my face. The traction is unreal. I guess there’s a reason soccer players wear cleats when they play in the dirt.

I rip on the throttle and think, “Oh yes, winter is on.” 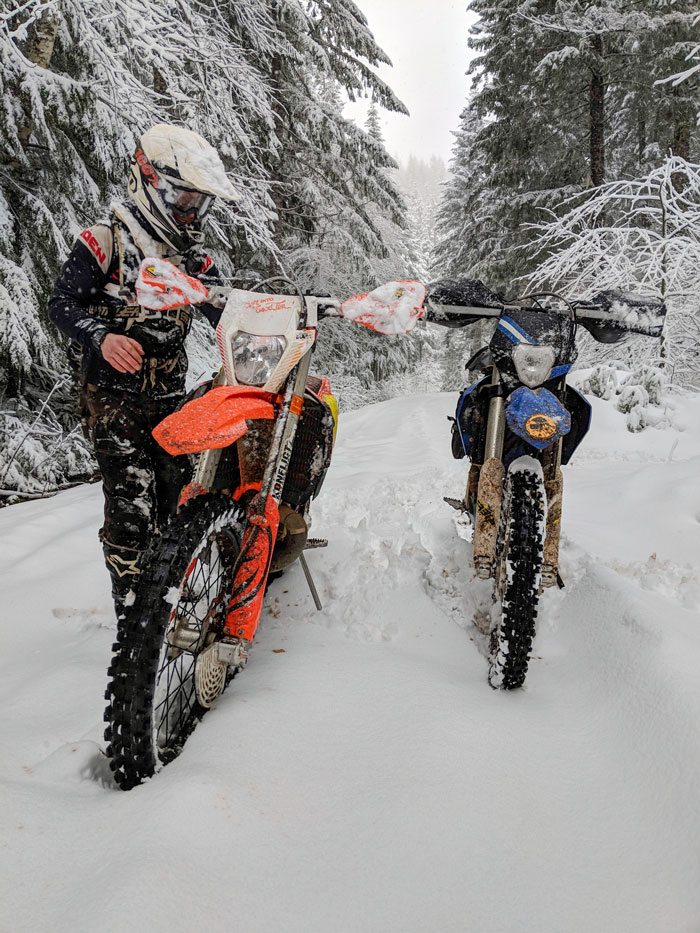 A few weeks later I finally got to try the studs in the snow when my buddy Chris and I hit the trails out of Lyda camp in Tillamook Forest. It was wet and mild in the staging area, and as we climbed it quickly turned into a winter wonderland. Visibility was poor, but the riding was magical.

The super-hero performance of the studded tires has really increased my riding season and emboldened me to get outside even when the weather is nasty. Now that the bike is sorted for winter I just gotta find a way to keep myself warm. I think it’s time to hit Next Adventure for something fleecy. 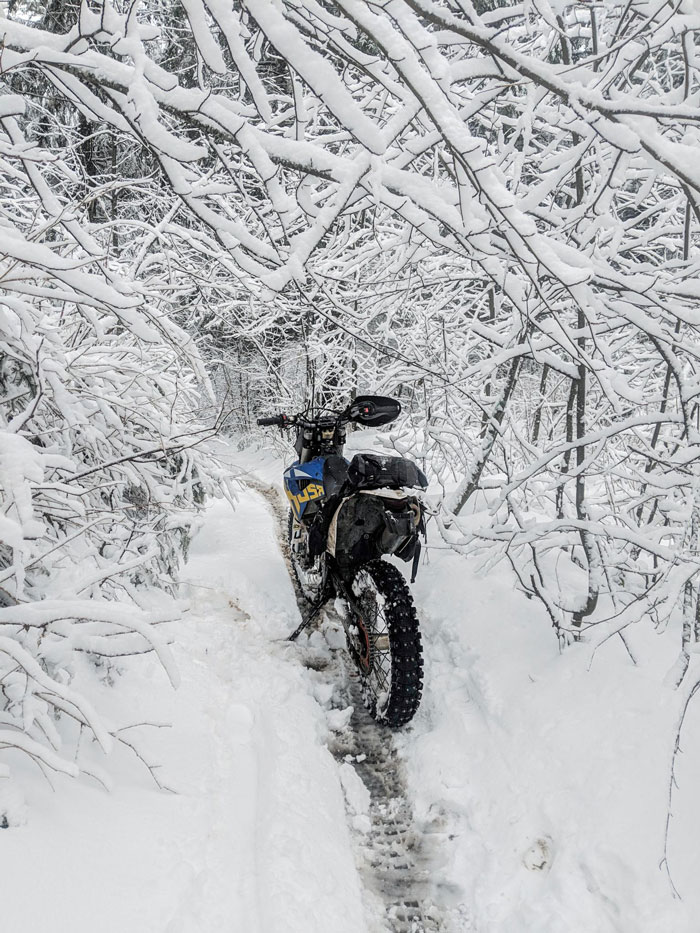 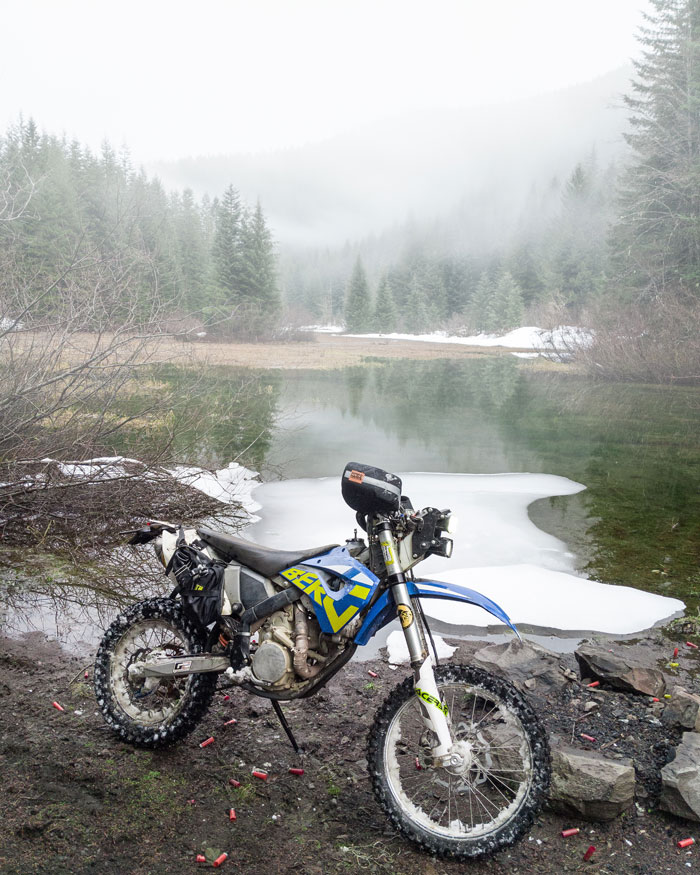