North Dakota is not safe from Tsunamis

North Dakota is not safe from Tsunamis

So, I know we haven't talked about the heat wave yet, and we will (we've got plans for it even) but since we're short on time today (Library closes in 25 minutes) we're just going to let you know about the situation in North Dakota. 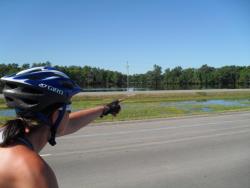 So, we had been hearing about the flooding here since before we even left. When we actually left for the east coast, our train was significantly delayed because of flooding across Eastern Montana and North Dakota, and we heard after the trip that ours was possibly the only train that made it through ND before the rail lines were shut down again. While we were in ND on the train, it often looked like we were travelling through a lake, as the water stretched out as far as we could see on either side of the train.

Now that we're actually in the state, we've been hearing that there's no camping or motels available anywhere West of Rugby, ND which is pretty much right in the middle of the state. This is due in part to a recent resurgence in the oil boom that's going on here, but also because there's been a major influx of construction workers and clean up crews to the Minot area. 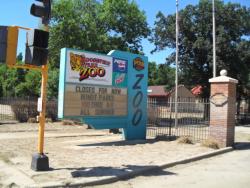 Just for a little context, Minot is the fourth largest city in North Dakota, and it was extremely hard hit by the flooding. The Mouse River, which flows through the center of town, had threatened to flood in early June, and the town had managed to build levees high enough to prevent this, however on June 21, 2011,it was reported that an "unstoppable, historic" flood was imminent in the Souris River Valley, largely due to large dam releases upstream in Canada. In some cases the water level was so high that the ENTIRE first floor of peoples homes (as in, up to the ceiling) were under water. 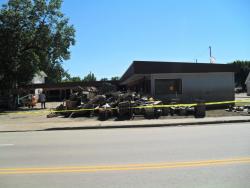 So, now about our experience in Minot. On our way into Rugby yesterday my frame cracked; one of my rear rack eyelets split off from the frame. Nothing too major, but not something I wanted to leave untended. Because we hadn't realized just how bad it was here in Minot, I was thinking that someone here would be able to repair the frame or have some long bolts so I could consolidate my rack and fenders onto the remaining pair of rear eyelets. 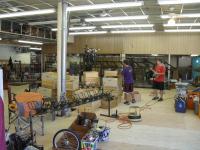 When we got to the bike shop here, Val's Cyclery, it was completely gutted. We had seen some amazing piles of trashed belongings on our way into the downtown area, but we couldn't believe the level of disarray.

Despite being obviously preoccupied with cleaning up the shop, rebuilding their displays, cleaning out their soaked basement and basically putting their lives back together, the mechanic there, Andy, 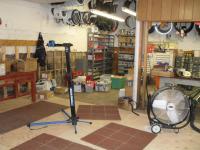 was good enough to help me find the hardware I needed to get my racks securely reattached to my bike.

The selflessness and good nature of people is sometimes astounding. Our hearts seriously go out to the folks affected by these floods, and we hope that this community gets put right sooner rather than later. 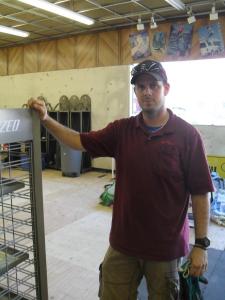 Just as a little plug for the awesome folks at Val's, this shop has been in business for over 50 years and is still owned by the family that started it. They've got a large following in ND, with people coming from as far away as Bismarck and Fargo to get great bikes and service. They're also one of very few shops I know of who consciously focus on bike touring, and are the driving force behind the development of some great bike trails in the Minot area. (Sadly, those trails are underwater, so we didn't get to ride them).

Sorry we don't have more time to talk about Minnesota and the heat wave, but we thought this was a bit more significant a topic.