The 2016 Salomon Snowboard lineup looks as strong as ever. Salomon is continuing their "5 Ways To Slay" line which is their freestyle/freeride series featuring pro model boards that adhere to the style of their respective riders. 5 pros, 5 pro model boards, and 5 bindings that are made for each specific riding style. 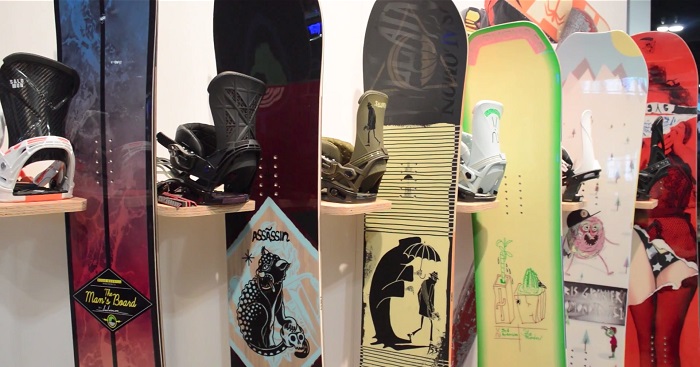 The Five Ways To Slay boredom.

The first board (from left to right) is Bode Merrill's pro model board, the Man's Board which is designed as an all mountain charger with full camber meant for high speeds and stability. The Man's Board is accompanied by the Quantum Binding with a carbon fiber highback for added stability and maneuverability. Bode's board takes more of a traditional technology approach; he wanted his board to ride like a classic snowboard with a great amount of edge control and pop.

The next board is the Assassin which is Wolle Nyvalt's powder tool of choice. The Assassin is a hybrid between a freestyle and powder board featuring Salomon's "Rock Out Camber" which is flat between the bindings for stability, camber underfoot for responsiveness, and rocker in the tip and tail for floatation. The Assassin is accompanied by the Defender binding which is part of their Shadow Fit bindings with more flexible highbacks. The Assassin is designed to destroy anything in it's way, but feels most at home in soft, slashable snow.

The third board is the Solomon Villain which is Louif Paradis' pro model setup designed for an aggressive approach on rails, the park, and the entire mountain in general. The Villain is one of Salomon's best sellers thanks to its do-it-all approach, Rock Out camber (same as the Assassin), and true twin tip. The Villian is a little on the softer side, so it is more ideal as an all around setup for smaller riders. The Villain is coupled with the Defender binding that has the softest torsional flex among the five bindings. If you're looking for a fun front side setup that can take you anywhere on the mountain, the Villain is for you.

The next two boards are the Salomonder's (same board with different graphics) which are designed as the ultimate jib tool with a flat construction to mimic the feel and control of a skateboard. The flat construction allows for presses and spins without the fear of catching an edge. This board is at home in the park or jibbing around the mountain with a soft flex and playful nature.

The final board in the Five Ways to Slay line is the Sabotage which is another park specific board with their "Flat Out Camber." The Sabotage has a flat profile with camber underfoot for playfulness and stability when needed for bigger landings; there is also a playful flex allowing for presses and butters, but it does not sacrifice so much that'll cause reduced confidence when going bigger. The Sabotage pairs with the Hologram binding which is the lightest binding in the Five Ways To Slay with a medium flex that'll have you cruising the park in confidence.

Salomon's new snowboard binding technology is referred to as "Blaster Technology" and acts as suspension, so when coupled with the shadow fit bindings, it will provide stability while allowing for some lateral movement. Check out the video below for a full explanation of Salomon's brand new Blaster Technology. 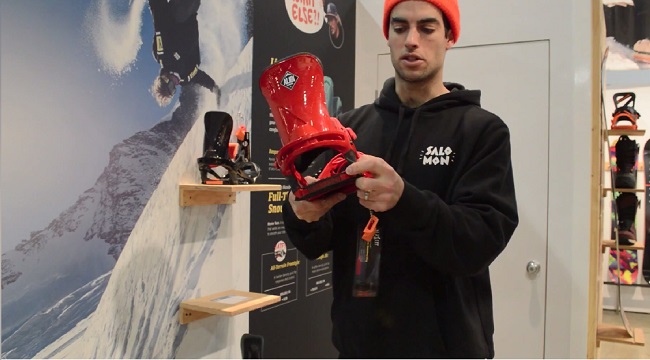 Notice the black rubber joint underneath the highback.

Check out Jason from Salomon Snowboards breaking down their 2016 line at SIA.